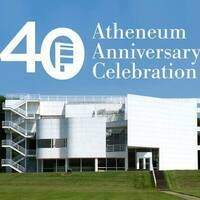 200 Years of New Harmony: A Role Model for the Future

Join us from 2 to 7 p.m. Friday, October 11 at the Atheneum for 200 Years of New Harmony: A Role Model for the Future, a day of amazing speakers featuring leaders from the world of art, preservation and architecture. This event is free, but seating is limited. No registration is required. A special thanks to our Speaker Series sponsor, Hafer.

Speakers currently slated to present include:

• Karla Britton, current Yale lecturer. Her academic work focuses on the modern architect’s engagement with tradition in 20th century architecture and urbanism. Her teaching has emphasized the intersection of classicism and modernization, the evolution of modern ecclesiastical building and, in a multi-religious context, the relationship between religion and modern architecture.

• Aaron Betsky, president of the School of Architecture at Taliesin and former director of the Cincinnati Art Museum. Trained at Yale, Betsky has worked as a designer for Frank O. Gehry & Associates and Hodgetts + Fung, taught at SCI-Arc and served as the director of the 11th Venice International Architecture Biennale.

• Michelangelo Sabatino, professor and director of the PhD program in the College of Architecture at Illinois Institute of Technology. Sabatino is the former dean and inaugural John Vinci Distinguished Research Fellow as well as the co-editor of Avant-Garde in the Cornfields: Architecture, Landscape, and Preservation in New Harmony.

• Silvia Rode, chair of the Department of World Languages and Cultures and board member of the Center for Communal Studies at the University of Southern Indiana. Her research on utopianism includes utopian concepts between WWI and WWII, theories on urbanism and 19th century communal societies. She is also the author of Franz Werfel Star of the Unborn: Utopia as Fictional Genre Discourse and Intellectual History.

• Ben Nicholson, co-author of Avant Guard in the Cornfields: Architecture, Landscape, and Preservation in New Harmony. Nicholson was educated at the Architectural Association in London, the Cooper Union, New York, and Cranbrook, Michigan, and is an associate professor at the School of the Art Institute of Chicago. He has guest taught at the Southern California Institute of Architecture and the universities of Edinburgh, London, Michigan, Houston and Cornell.

• Richard McCoy, founding director of Landmark Columbus, an organization that cares for and celebrates the world-renowned cultural heritage of Columbus, Indiana. A former Fulbright Scholar to Spain, McCoy holds a master's degree in art history from New York University and a bachelor's degree from Indiana University.