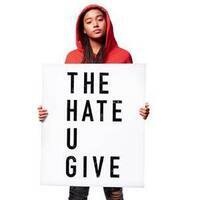 CANCELED - Africana Film Festival: The Hate U Give

The University of Southern Indiana Africana Studies Program presents the first annual Africana Film Festival. The theme for the series is “Power to the People” and will showcase films that highlight African American activism from the 1960s Civil Rights Movement to today. The films will include:

For more information about the films, visit USI.edu/africanastudies or contact Dr. Sakina Hughes at shughes1@usi.edu.