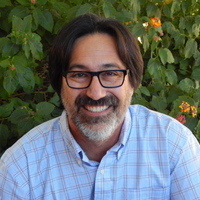 Fredi Lajvardi kindles your innate sense of ingenuity with his remarkable firsthand account of how he transformed a group of high school students into a national champion robotics team. Lajvardi captivated the country when he led his team of disadvantaged teenagers in a university-level underwater robotics competition, where they defeated leading schools, including top-ranked MIT. Their story inspired the acclaimed documentary Underwater Dreams and was also adapted into the major motion picture Spare Parts, starring actor and comedian, George Lopez as Lajvardi.

His award-winning Falcon robotics team is also featured in the 2017 film Dream Big. Honored with numerous awards for his spirited passion for teaching, Lajvardi continues to serve as a prominent advocate for the importance of STEM education nationwide. With humor and compassion, he brings audiences on his inspiring journey, illustrating the need to embrace diversity and invest in people to help others realize their potential. His incredible real-life tale equips you with the real-life encouragement to maximize your own potential and to work together to solve complex problems.